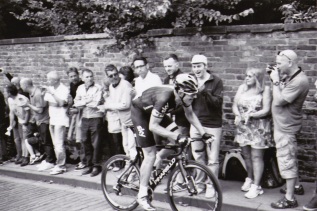 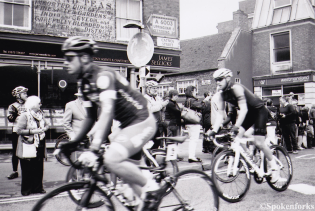 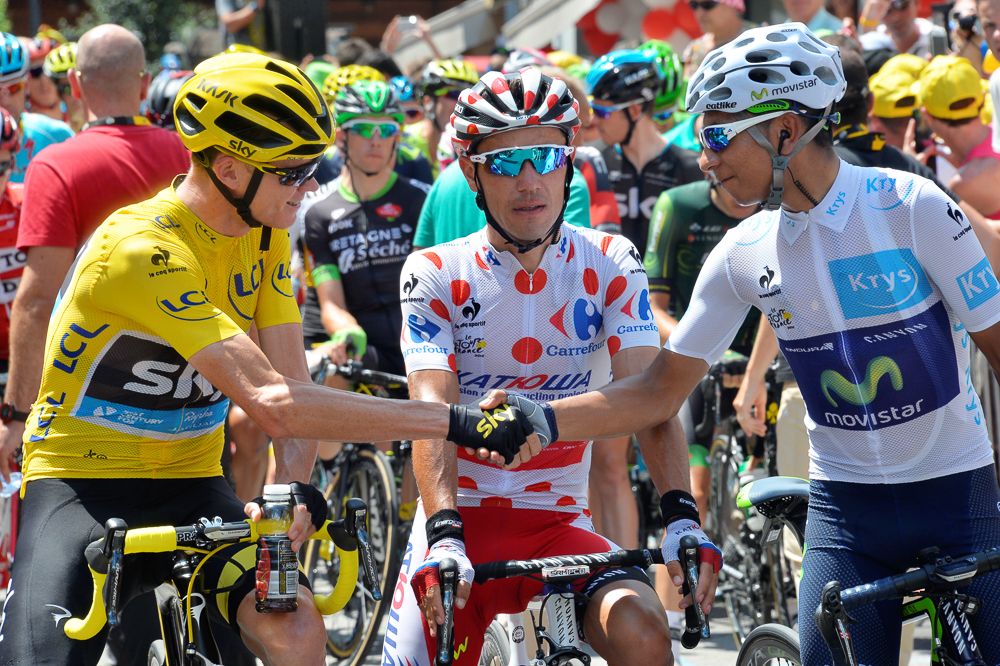 The last tango; Stage 20 is poised to witness that finale duel between the general classification favourites before Paris. Offering Nairo Quintana’s last opportunity to try and crack Chris Froome in spectacular fashion and seize the maillot jaune at the death. Obviously, to imbue a stage with such potential drama requires an imposing selection of parcours to instil a sense of dread within those trying to cement their position or simply cling on for one more day.

Similar to yesterday, Stage 20 is an intense Alpine day which lasts for only 110.5km from the start in Modane to the finish atop Alpe d’Huez. A short mountains day intended to pressurise the entire race with so little road to attack upon, here there is no point in saving yourself for the latter stages; it is an all guns blazing affair en route to Alpe d’Huez. One major change to the intended route of today’s stage is the removal of the Col du Télégraphe and Col du Galibier doubleheader, a combination which saw much drama in 2011’s Tour de France, now replaced by a second alternative ascent of the Col de la Croix de Fer in two days due to a landslide covering the roads around the Galibier.

Having started, the peloton will once again thread their way in and around St-Jean-de-Maurienne and begin their day’s climbing requirements after only 25km have been reached. Two climbs in an entire day of riding could seem generous when first heard, but opening with the HC Category Col de la Croix de Fer is far from a generous after almost three weeks of riding so far. It is 29km from bottom to top and averages a modest 5.2% to grind the legs down all the way, but the real nature of the climb is revealed when splitting the ascent in two halves. Its opening 12km are actually much harder than the rest of the climb, maintaining a gradient of between 9% – 10% for around 12km, before easing significantly to the point of flat terrain for a constant 11km. Only 6km are left to the top by this point, all of which are contested at between 7% – 8% to the top.

A long descent follows from the summit and is less technical than those which we have seen the riders testing one another upon in the last few days. Bourg d’Oisans then signals the day’s intermediate sprint point, immediately after which they turn onto the opening slopes of the day’s crucial battleground; Alpe d’Huez. The HC Category climb is shorter than its predecessor at 13.8km and averages 8.1% on paper, the opening kilometres of this 21 hairpin long ascent are pitched at around 10% and only ease by another one or two percent for the first 7km. A lull in the gradient will then follow, failing to indicate the sudden surge up to 11.5% which only lessens to 9% for the following kilometre. Life gets somewhat easier as they approach the summit, the gradient then hovering around 5% for the final bends after which they negotiate a pair of roundabouts and turn onto the finishing straight 200m from the line.

The day’s focus will be placed heavily upon Chris Froome as his form is scrutinised during the third week of a Grand Tour which has often seen him fade. His rival Nairo Quintana did pull some time from him yesterday, but there was no impression of Froome clinging onto his lead and having to invest everything in limiting his losses. He paced his efforts incredibly well and was focused upon damage limitation for the minimum amount of energy he was willing to invest ahead of this testing finale upon Alpe d’Huez. Yesterday’s final kilometres may have included a small amount of sandbagging by Froome and he remains the favourite to drive home his advantage and win atop one of France’s most famous climbs.

Nairo Quintana looks to be coming into his usual strength at the tail-end of a Grand Tour, attacking Froome convincingly yesterday and eroding his lead by a modest margin. It is likely that the Colombian would have preferred a longer climb to decide this Tour de France, but given his explosive attacking capabilities, he is bound to give it everything in an attempt to crack Froome at last. The Movistar leader remains the biggest threat to Froome’s stage and tour winning ambitions today.

Alberto Contador and Vincenzo Nibali are still active at this race and are eager to maintain their profile by attacking on this final mountain stage. The Italian took the win yesterday and essentially saved his tour, while Contador is clearly suffering from his Giro d’Italia exploits quite acutely now; clearly lacking the top-end form to attack his podium rivals.

French riders are always motivated to try and win on Alpe d’Huez and there are three clear favourites to challenge the general classification big guns for stage honours. Romain Bardet needs to shore up his hold on the Polka Dot Jersey and will be inclined to either attack on the Col de la Croix de Fer to take any available points, or go for total glory by winning the stage and the jersey simultaneously atop Alpe d’Huez. Pierre Rolland has been active throughout the mountains during this tour but has still struggled to secure a stage win, coming close when riding home for second behind a flying Bardet a couple of days ago. It is likely that he will once again request his Europcar team to work hard marshalling the breakaway and aim to set himself up for another attack which puts him into a strong group late into the stage. Much of the home support was tied up in Thibaut Pinot, sadly his general classification hopes evaporated within the first week and he is now only here to try and save some face by winning a stage. Pinot has been relatively quiet as of late on the climbs and it seems certain that he will once again come to the fore, hoping to take one of the biggest prizes in French stage racing.

Some stronger climbers are still performing well at this race, so Robert Gesink, Steven Kruijswijk, Alejandro Valverde, Jakub Fuglsang and Rafa Majka all capable of mixing it up with the very best on Alpe d’Huez.